What Does The Term Child Custody Actually Mean?

How Is Marital Property Divided In Ontario?

Do I Need A Prenuptial Or Cohabitation Agreement?

What Does The Term Child Custody Actually Mean? 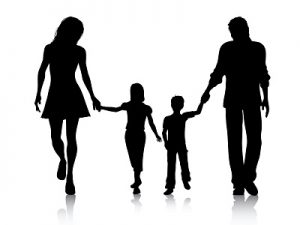 The term custody is one of the most prevalent terms within family litigation but it is also one of the most misunderstood.  If you are recently separated or are involved in a family law proceeding it is very important to have a solid understanding of what “Custody” in Ontario actually means.

If the decision of which parent is to have legal custody or whether a joint legal custody arrangement should be in place is left to the Court, as with all other decisions made by the Court, the “best interests of the children” test is paramount.

Often the Court is faced with the situation whereby each parent is claiming sole custody, or in the alternative, one parent is claiming sole custody, and the other parent believes that a joint custody arrangement is best for the children.  Again, the “best interests of the children” is the primary focus of the Judge when he or she is asked by the parties to decide on the issue of legal custody.

In some cases where there has been a long standing status quo of both parents being significantly involved with discussing and making major decisions for the children together, and / or the Court is of the opinion that the parents can communicate with one another effectively enough to continue making decision’s together, a joint custody arrangement may be appropriate.

However, in the case where the Court is not convinced that the parties can communicate effectively in order to make major decisions for the children together in a timely fashion, the Court will not impose a joint custody arrangement on the parties.  In those cases it is not in the best interests of the children to have a joint custody (joint decision making) arrangement in place if the parents cannot communicate effectively and work together for the benefit of making these major decisions for the children.

The legal issue of the parenting schedule is a distinct issue, and can also be a very complicated legal issue.  Again as with all other issues in family law the best interests of the children is the primary focus where a Court is asked to decide on the living arrangements for the children.

Both the issues of legal custody (major decision making for the children) and physical custody (the living arrangements for the children) can be complicated legal issues with many factors to take into consideration.  It is very important to have sound legal advice from an experienced family law lawyer before embarking down the path of litigation or making a final decision via settlement.

Serge Ettinger is a lawyer in Thunder Bay Ontario practicing primarily in the area of family law.  If you are dealing with a family law issue in the Thunder Bay, Ontario area call Serge Ettinger Law Office Professional Corporation for a consultation today.

Serge Ettinger Law Office Professional Corporation legal blog articles are made available for educational purposes only as well as to give you general information and a general understanding of the law, not to provide legal advice.

By reading our blog legal articles you understand that there is no solicitor-client relationship created between you and Serge Ettinger Law Office Professional Corporation.

Serge Ettinger Law Office Professional Corporation legal articles are not legal advice. You should not act upon this information without seeking advice from a lawyer licensed in your own Province or jurisdiction. The blog articles should not be used as a substitute for competent legal advice from a licensed professional solicitor in your Province or jurisdiction.

Your use of the blog legal articles is at your own risk. The materials presented in the blog legal articles may not reflect the most current legal developments, verdicts or settlements. These materials may be changed, improved, or updated without notice. Serge Ettinger Law Office Professional Corporation is not responsible for any errors or omissions in the content of this site or for damages arising from the use or performance of this site under any circumstances.

Do I Need A Prenuptial Or Cohabitation Agreement?